Remember the Soup Nazi from Seinfeld?

Well there’s also “No NextDoor for you.”

There are other applications for that “Nazi” moniker in life.  They pop up here and there from time to time.  People who have so many personal rules that it’s a miracle they can breathe.  And they insist on enforcing those rules on others.

This brings me to Nextdoor.com

On the surface, the concept seems great.  Seems great… The idea is an interactive forum where neighbors can share information about events in the neighborhood, crime and safety, questions, answers, yard sales, etc.

But the entire Nextdoor culture has a dark and sinister underbelly that borders on the Orwellian.  NextDoor has a clot of rules you have to abide by or they unceremoniously kick you off the system.  They have neighborhood Leads who enforce these rules, often with an iron fist. Nazis.  I wonder if you get an arm band when you are assigned as Lead…

Some of the rules Apparently consist of:

And if even one person complains (flags your post) the Lead can remove it – and it’s possible Nextdoor will lock you out of your account. With no warning.  With no dialog.  And trying to reach someone at Nextdoor for an explanation is nearly impossible.

And the rules are not explained logically anywhere obvious.  What the hell does “overposting” even mean?  It probably  means something different to everyone. 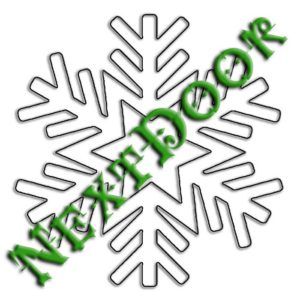 Much like George W. Bush’s flawed “No Child Left Behind” concept, Nexdoor wants no neighbor left offended.  One of our local neighbors started posting occasional humor pieces.  Most people loved it.  Some hated it saying “this is not the forum for humor” “Get a Twitter account for that” and getting him sanctioned.  Repeatedly.

Basically, less than 1% of the forum population gets to dictate content to the rest.  Nextdoor supports this approach apparently due to their ultra liberal California viewpoint.  It seems they think they need to take care of everyone.  Heaven forbid a snowflake melt on Nextdoor.  The Snowflakes are in charge, with those easily offended controlling the forum.  The majority have no say.

Every one of those other postings generates revenue.  So does a legit business.  If one is OK, the other should be too.  And the vast majority of Nextdoor users LIKE to know what services are being offered by their neighbors so they can avail themselves of these services.

The Snowflakes rule the roost, though.  The ones who are butthurt at the slightest thing.  Probably the same people who sit on the front porch yelling “HEY!  You kids get off my lawn!”  These are also the people that post “Please stop setting off fireworks.  They frighten my dog.”  and “Please pick up after your dog.  I’m tired of seeing dog poop all over.”  Snowflakes.

Listen, lady.  The people setting off fireworks don’t care that it freaks out your dog.  If they did, this activity would not be happening.  If your dog loses it, pre-medicate the little rascal.  That’s what we do.  And the people who don’t clean up after their dogs (one of my pet peeves) don’t give two shits what you think.  (pun intended)  Grow a pair, snowflake.  Set up a camera.  Catch them in the act and turn it over to Animal Control.  See what that gets you.

Nextdoor is pure evil.  It is the very personification of the Orwellian thought police.  Snowflakes are in charge and they like it that way.  Our neighborhood Lead has it in for me.  For some time, literally anything I posted – even a response to someone else’s post would be flagged as “abusive”.  Again, what the hell does that even mean?  And there is no method to dispute the flagging of a post.  A Lead can exercise abusive procedures like taking down posts and Nextdoor has no mechanism for handling it.  They really don’t care.  It fits their model of promoting Thought Police.

If you have any personality at all.  If you’re a creative and colorful individual.  If you’re the edgy type or even just cool, it’s really no place for you.  We need a new forum for people that are actually interesting.  A Snowflake-Free Zone.  Somewhere you can speak your mind without the thought police putting an abrupt stop to it.  Oh yeah.  We have one.  It’s called Facebook.  Ewwwwwwww.

Yesterday was the second time I have had my Nextdoor account unceremoniously locked and it is the last.  There are certainly benefits of using the platform, but I will not miss the whining, sniping and hysteria that pervades an otherwise valuable experience.

The Snowflakes can have it.