There’s a hot button issue for you

You see these memes generated and disseminated on social media daily.  Someone comes up with some clever (or so they think) propaganda and turns it into a meme.  Then they turn it loose and a large number of non-critical-thinking individuals share it with their own little contribution of drivel.

Today’s contribution reads as follows:
(at least it has correct spelling and grammar) 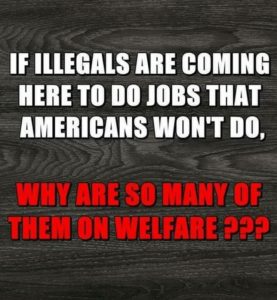 IF ILLEGALS ARE COMING
HERE TO DO JOBS THAT
AMERICANS WON’T DO,

WHY ARE SO MANY OF
THEM ON WELFARE???

Shall we analyze this?

A lot of immigrants in general are on welfare.  Here are some actual statistics from the above referenced article: 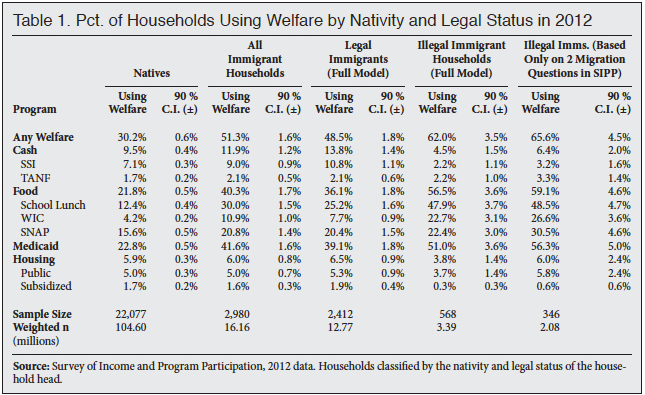 Is this an ideal situation?

But what’s the alternative?

In case you’re having difficulty with the math, it’s the American taxpayer who will shoulder the burden of paying for all of this.  Exactly the same source of revenue that’s going to pay for Trump’s infernal (and ultimately ineffective) wall.  If you build a 20 foot tall wall, the next day someone will be selling 21 foot ladders cheap in Nuevo Laredo.
(that someone will be me)