Home »Instructional»Tales From the Front – a Landlord’s Lament

The horrors of being a landlord 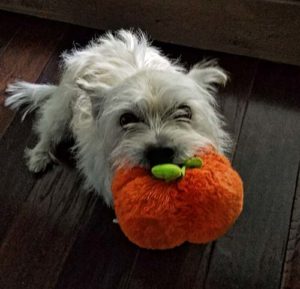 We rented a nice 3 bedroom house to 3 hair dressers (2 girls and a guy). A client of mine vouched for them and was their employer. They were in the house for about 6 or 7 months when they complained the garbage disposal wouldn’t run anymore. We contacted our plumber and arranged for him to fix it. He left repeated messages but could never connect with them. After about 3 weeks of this we finally arranged to meet the plumber at the house on a Saturday so he could fix the problem. We advised our tenants of this in advance.

As we were pulling up to the house, 2 days after Thanksgiving, we get a call from one of the tenants who says they have someone at the house to let the plumber in. We tell them we’re going in anyway. They were clearly not happy about this.

Well. When we go inside it looks like the aftermath of an Animal House frat party gone bad. Empty bottles of every kind of alcohol you can imagine strewn throughout the house. Cigarette butts in most of them (it was a non-smoking lease) and bags of trash everywhere. The plumber working on unstopping the bathroom sink.

When we asked what he was doing we saw 3” of nasty smelling black brackish water in the sink. He was trying to tell us we had to jackhammer up the floor to fix the main drain. (I’ll get back to this)

We tabled that discussion to find out what was wrong with the disposal. Near the sink on an adjacent wall is a slide-in electric range. The kind with the mechanical clock and timer. With the flattened knobs to set them. Somehow, one of these knobs had leapt into the air, sailed 5 feet to the sink, down the drain and blocked the disposal mechanism, thus tripping the breaker in the disposal. Removing the knob and resetting the breaker solved that problem.

Opening the dishwasher was another delight. Since dishwashers drain through the disposal, our little hairdressers would try and run the dishwasher. When draining, it would push water out into the disposal and up into the sink, then suck it back in again. It was 3” deep in black sludge and smelled like a sewer.

Off to the store. Pick up a gallon of bleach.

Half a gallon in the dishwasher and run it HOT. Perfect.  Squeaky clean.  Like new.

Back to the plumber part of this story…

FYI: I grew up on construction projects, come from 3 generations of plumbers and can be pretty hard to fool.  The plumber tells us the main drain is clogged.  It’s cast iron (what we called soil pipe in my day) and has to be replaced.  I notice the tub has no standing water in it (tub drain is more than 2 feet below the sink height).  If the main drain was clogged, water would be backed up into the tub first.  I ask if he removed the trap to see if that was the problem.  He says he did.  This is impossible because you could clear the clog from the drain to the wall by taking out the trap and draining it.  I know everything he’s telling me is pure BS at this point.

He tells me they’ll come back Monday with the big compressor and jackhammers to tear up the slab and replace the main sewer line at a cost of something like $20k,

I tell him I’ll see him Monday.

I pour the other half of the bleach down the clogged sink. This will either clear the clog or at least sterilize it, neutralizing the stench.

We come back on Monday and the sink is draining perfectly.

Reason for clogged sink? Hair dressers working on their friends in the bathroom and dropping hair into the sink.

Plumber shows up with the big truck, compressor and jackhammer.  I promptly tell him to blow it out his ass.  He tells me I’ll be sorry and that it’s all going to hell in a handbasket.  It’s now been at least 12 years and no further problems.

The house is also remarkably clean!

We wanted the Three Little Pigs out of the house so we agreed to let them out of their lease. They’d been in for about 9 or 10 months.

After they left we went over and found the proverbial half a ton of garbage lining the driveway and half way down the alley. About 75 feet long, 3 feet high and 3 feet wide worth of trash.

No room in the entire house had more than 1 functional light bulb.

The new (when we rented it) berber carpet was so stained it had to be replaced.

The door jamb to the master bedroom was split from lintel to floor at the lock side. Why? The tenant says it’s foundation problems.

I’ve seen earthquakes level houses and the only time I’ve ever seen this is when you kick a door in. The little twit in that room decided he wanted a door with a key lock and replaced it himself. Not having it properly fastened (zero mechanical aptitude) he closed it from the hall side (not too bright either) and then can’t open it.

And obviously kicks it in.

I had to glue and clamp the entire jamb, then grind, sand and repaint it.

(Doing all this with one hand, since my right shoulder was in a sling after major rotator cuff reconstruction)

There had been a fluorescent pink 6” round candle left on the vanity in the master bath. The resulting ring was almost impossible to remove. I had to use rubbing compound and bleach to get it out.

No functional lights in the master bath at all. I guess the candle was the only light.

We had to replace all the flooring, replace every light bulb and repaint the entire house after they left.

And get rid of the half a ton of garbage.

We rented another house as well. A 4 bedroom. To someone who worked for me. He was in the house for 9 years. Never once paid the rent anywhere near on time. He only paid when my wife would call and ask where the rent was. He was always at least 2-3 weeks late and paying a fortune in late fees.

Any time we went past the house it had a collection of newspapers all over the overgrown (or dead) lawn. A subsequent phone call would get something approximating improvement.

Finally we had enough and told him he had to go. We gave him 2 months to get the house in shape so we could go over and inspect it. Remember. No good deed goes unpunished.

Going up to the house after the two months, the lawn and every growing thing was dead or near dead.

When we walked into the house (he’s still living there) my wife bursts into tears.

We sued him to recover some of the costs.

We got a fraction of the damages awarded.

He paid about a third of the judgement and then stopped sending checks.

Pictures of what we found: 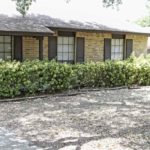 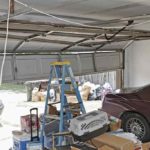 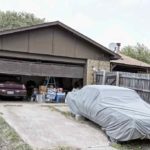 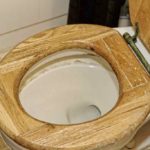 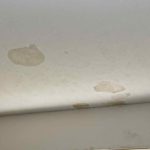 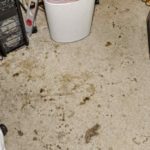 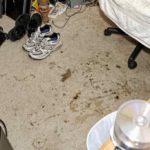 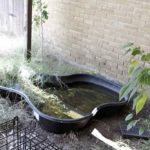 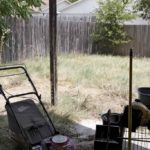 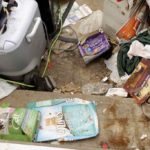 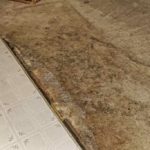 What have you learned from this, Bunny Foo Foo?