It’s not every day I stumble on an example to dramatic.

Sometimes I just get lucky.

Today’s obliviot comes from Pennsylvania.  His name is John Pisone and he thought he could hurl insults, racial taunts and cuss like a longshoreman to a black cameraman with video rolling – and have no price to pay.  Naturally, he was wrong.

Shortly after the video aired, the fracking company he worked for, canned him like 6 ounces of Tuna. 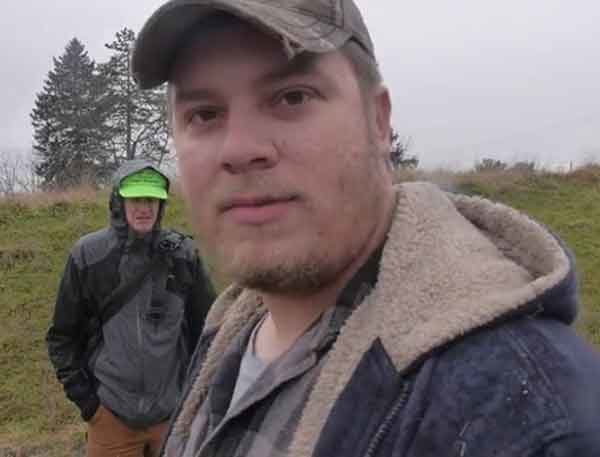 While I can’t heap all the blame for his racism directly on his head (he had to learn it somewhere), I’ll have to dump at least 50% of the blame in his lap.  And then I’m going to have to shovel a mighty big load of blame on him for being so monumentally stupid and incompetent an example of humanity as to blather about it at length into a camera.  Being a bigoted racist redneck is one thing.  Being so stupid as to flaunt it in front of a camera wins you the Obliviot Du Jour award.

Now lest you take me wrong, I have nothing against rednecks in general.  I’ve known plenty of very nice self-described rednecks.  They have been mostly very nice people who would do anything for you.  It’s the bigoted loudmouthed kind of rednecks I have a problem with.  And this guy is a prime example of that.  It probably never crossed his mind that anyone would care about his racist rant to the black cameraman.  He is so incompetent an individual he probably thought all his friends felt exactly the same way he did.  Well, he was in for a very big surprise.

You can read the original story and watch the video of his rant here.  Warning!  It is a very disturbing and insulting video that contains vulgar and highly offensive language.