Home »Instructional»Why Incompetents are So Sure of Themselves 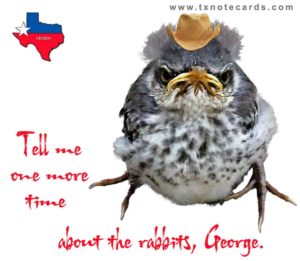 The discussion of this effect has really hit the mainstream in the last year.  The 2016 election cycle, with all its myriad anomalies brought this malady to the forefront.  Our current president can be argued to be the best (worst) possible example of this syndrome.

Simply stated, the Dunning-Kruger effect, first published in 1999, is the state of mind of those who are either unqualified or incompetent – or both – and very simply not bright enough to identify their own incompetence.  They live in a fantasy world where they think very highly of themselves and very little of the highly educated and competent individuals who may disagree with them.  [April 7,20200]:  For the back story on the Dunning-Krueger effect, read this fascinating article.

The original research, titled “Unskilled and Unaware of It: How Difficulties in Recognizing One’s Own Incompetence Lead to Inflated Self-Assessments” was published in the Journal of Personality and Social Psychology in 1999.  It was authored by Justin Kruger and David Dunning.

Quoting from the article:

We argue that when people are incompetent in the strategies they adopt to achieve success and satisfaction, they suffer a dual burden: Not only do they reach erroneous conclusions and make unfortunate choices, but their incompetence robs them of the ability to realize it. Instead, …they are left with the mistaken impression that they are doing just fine.

and:
…as Charles Darwin (1871) sagely noted over a century ago,
“ignorance more frequently begets confidence than does knowledge”

In our most recent election cycle it seemed as if this syndrome was epidemic.  People en masse were making decisions based on faulty logic, no matter how much proof was offered to the contrary.  Cognitive Dissonance is the description for most of this behavior.  Dunning-Kruger effect, in many cases, explains why.  The two definitions may go hand-in-hand in this situation.

And then there is Trump.

Is this man exhibiting the symptoms of Dunning-Kruger, Cognitive Dissonance or simply Narcissistic Personality Disorder?  It’s a little hard to be certain without a fair amount of time on a couch.  And I don’t mean the casting couch.  Rolling Stone (one of my favorite subscriptions) published an article titled Trump and the Pathology of Narcissism.  It’s a great read.  Quoting from the Rolling Stone article for a minute:

The most current iteration of the DSM classifies narcissistic personality disorder as: “A pervasive pattern of grandiosity (in fantasy or behavior), need for admiration, and lack of empathy, beginning by early adulthood and present in a variety of contexts.” A diagnosis would also require five or more of the following traits:

1. Has a grandiose sense of self-importance (e.g., “Nobody builds walls better than me”; “There’s nobody that respects women more than I do”; “There’s nobody who’s done so much for equality as I have”).
2. Is preoccupied with fantasies of unlimited success, power, brilliance, beauty or ideal love (“I alone can fix it”; “It’s very hard for them to attack me on looks, because I’m so good-looking”).
3. Believes that he or she is “special” and unique and can only be understood by, or should associate with, other special or high-status people or institutions (“Part of the beauty of me is that I’m very rich”).
4. Requires excessive admiration (“They said it was the biggest standing ovation since Peyton Manning had won the Super Bowl”).
5. Has a sense of entitlement (“When you’re a star, they let you do it. You can do anything. Grab them by the pussy”).
6. Is interpersonally exploitative (see above).
7. Lacks empathy, is unwilling to recognize or identify with the feelings and needs of others (“He’s not a war hero . . . he was captured. I like people that weren’t captured”).
8. Is often envious of others or believes that others are envious of him or her (“I’m the president, and you’re not”).
9. Shows arrogant, haughty behaviors or attitudes (“I could stand in the middle of 5th Avenue and shoot somebody, and I wouldn’t lose any voters”).

Well, boys and girls, regardless of anything else, it looks like the Trumpster clearly nails the NPD title here.

We currently have a man in the Oval Office who apparently went in thinking the job would be easy – and found out it wasn’t.  Didn’t most relatively bright people know this already.  Just looking at how fast a sitting president visibly ages in only 4 years should be your first clue.  Trump seemed to feel he could enact any change he wanted with only his signature.  He tried to bully anyone who opposed him into compliance.  Time and time again he failed miserably.  It is like watching a petulant child who absolutely does not learn from their mistakes.  He seems oblivious to the fact that our government is intentionally divided into three separate yet equal branches expressly for the purpose of making this kind of behavior ineffective.  Did The Donald not take Social Studies in the 7th grade like the rest of us?  Or did he simply not care?  It appears he has always thought he could simply do as he pleased based on his fame alone.

Well, Mister President…  Thankfully, that is not the way the United States government works.  Our Cheeto in Chief in an Obliviot if I ever saw one.  He seems completely oblivious to the forces around him in direct opposition to his ridiculous bills, proposals, statements and general blather.  The man spews pure bullshit at a rate that is absolutely stupefying.  Every single day brings a fresh batch of ludicrous statements and corresponding news headlines.  He is truly the ringmaster of his very own 3 ring circus.  This is not only a massive waste of time, but it makes it very difficult for the rest of the world to get anything accomplished.  Just trying to digest the river of nonsense that comes out of the White House on a daily basis is exhausting.  The only good thing to come from this is the unending supply of material for comedians.  Future historians will dub this the Golden Age of Comedy.

There is always an upside…

So when are we impeaching this buffoon?