Not that this is probably new to most people that have contacted them, but AT&T’s UVerse support is an absolute joke.

We switched from Time Warner (Toad Warthog to us) for our broadband / Television service yesterday after one too many times of having our bandwidth be inadequate to stream a movie from Amazon.com. The problem with cable-based Internet is that it is a “shared network“. What this means is that the pool of bandwidth is shared over subnets (neighborhoods) so the more people online and downloading data, the slower the speed for every user. There is a finite amount of bandwidth divided among all the users in the neighborhood. During peak usage periods (after dinner for most areas), the overall speed diminishes greatly for everyone in the neighborhood. Services like UVerse are a conventional network design where my usage does not impact that of my neighbor. 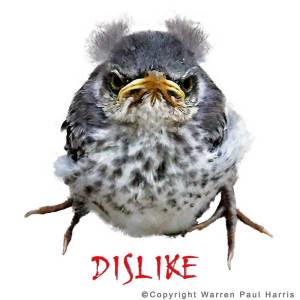 The installation went very well and everything worked properly, but the default IP address scheme for their modem / router was incompatible with our network. They have a default of 192.168.1.254 for the router address and therefore, the network will have a 192.168.1.x series of assigned IP addresses. Our network uses a different range of addresses and reconfiguring 3 network printers for the AT&T subnet – and then reinstalling each printer on every computer — is simply unacceptable.

The installer gave me the info to log into the router and I found the control panel very friendly overall. I located the configuration page to change the IP addressing scheme and proceeded to enter our network settings. Then the infernal interface DENIED the settings, saying they were not acceptable. We use a perfectly normal private network IP schema, but UVerse will not allow it on their ARRIS NVG589 router.

Before going further, let me clarify that I have been configuring routers of all kinds, including Cisco for over 20 years. It’s what I did for a living for a very long time. This should be child’s play – and normally is.

So I had to call support (I hate calling support).

Over the course of at least 90 minutes I spoke with no less than seven different people, including basic tech support, tier 2 support and their advanced La-Dee-Da tech desk (which is a pay-as-you-go option). There was no way in hell I was going to pay them to solve a problem with the interface on their router. I tried in every possible way to convey the exact nature of the problem. All but one of these people simply could not wrap their tiny minds around it. The one who could had no idea how to solve the problem other than to take control of my computer in an attempt to configure the device (not acceptable) and needed to get authorization to do this without charging me.

All but the last person had the very same speech pattern (think Coneheads — “we’re from France”). I don’t know where these people are from, but they all sound like Martians and are virtually useless from a purely technical standpoint.

I finally gave up, installed my own router and disabled the WiFi in the Uverse box. I still need to Bridge the ARRIS to streamline communication speed, but at least the network is doing what it’s supposed to do.

Pathetic – and ninety minutes of my life I can never get back.