Home »Social Commentary»Slave or Free? You Have The Choice

Most of us in the United States think we’re free. We think slavey was abolished in 1863 when Abraham Lincoln signed the Emancipation Proclamation. Actually it was in 1865 when the Thirteenth Amendment was added to the Constitution. 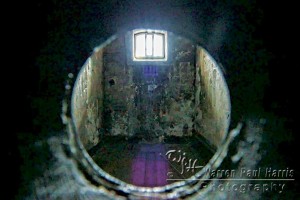 But did you know this does not apply to prisoners? We can (and do) take full advantage of forced labor in prisons to supply “friendly” corporations with cheap labor?

And are you aware that most new US prisons are privatized? Operated by large corporations as a very profitable enterprise, 10% (200,000) of our total prison population are in privatized prisons. Why? It’s a cash cow!

The United States incarcerates more people per capita than any other country on earth, Russia is second. Here is the up-to-date graph.

It seems FEMA has had a staffing requisition in place to manage Detainment / Internment camps in Every State of the Union. These are defined in the requisition (HSFEHQ-10-R-0027) and allow for long-term detainment for “displaced citizens“. Not the typical short-term housing situation we would expect for a natural disaster. The requisition also specifies the minimum size for each “cell” as 65 square feet (roughly 8′ x 8′). This is less than the Federal standard for prisons of 72 square feet. For displaced citizens? Seriously?
This seems to be something else entirely from what FEMA has been tasked with in the past. I urge you to research and read up on what Our Government is doing behind our backs. One of Many Articles on this topic.

On a similar note, can you imagine any reason for the Department of Homeland Security to need 450 MILLION .40 caliber hollow-point rounds of ammunition? DHS contracted with ammunition manufacturer ATK to supply exactly that amount recently. Why?
Better yet, why would they need 175 MILLION rounds of .223 rifle ammunition (what they use in the M-16s you see camo-clad airport security personnel clutching in both hands) DHS is not supposed to be doing a lot of shooting – or so they’d have us believe. Unless they’re planning on putting down an uprising – that they expect… Why do they need all this armament?
One of numerous reports on this topic. Google it yourself.