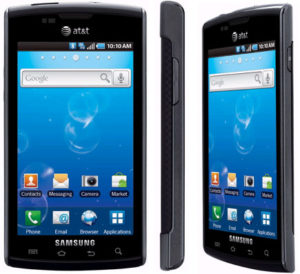 So, late one morning in July of 2010, my iPhone 3Gs locks up entirely. Cannot be forced off, won’t reset, nada. I call the Apple repair line and get nowhere. They tell me I have to make an appointment at the Apple store. I figure I will wait and see how well all this works out, clear my schedule and, after the phone has continued to be a paperweight for another 45 minutes, mosey on down to the Mall (one of my least favorite places in the world), where the closest Apple store is ensconced. I arrive at the store to find the entrance blocked by a heavyset man who’s dressed and looks like an aging surfer, who wants to know why I’m there and insists on inspecting the phone before even allowing me entrance to the Apple Inner Sanctum. His “inspection” identifies “some” water contamination. Since I’ve yet to drown a phone (unlike most other members of my immediate and distant family…) I ask if using the phone in the rain going from the car to a building qualifies. My new friend and current constant companion indicates in the affirmative and tells me whatever is wrong is likely not covered by warranty. No big surprise there. I’m pretty sure it’s a little more than a year old and iPhones are the ONLY mobile device you cannot get an extended warranty / insurance on. Hell of a racket, Mr. Jobs…

Anyway. I am finally allowed entry into the Inner Sanctum, where I am now informed it will be 45 minutes to their next appointment. Fine. Sign me up – and I’m off to the Food Court – the only source of nourishment and relative refuge in my current situation. Foraging for food in most Food Courts is not my favorite activity, as I won’t eat most Fast Food. Haven’t in over 40 years and not likely to start now. However, Which Wich is located in our particular Mondo Mall and that makes for a pretty fine meal if you know what to order.

En route to the Food Court I pass an AT&T kiosk and get to talking with one of the sales guys about my reason for schlepping around the Mall and he highly recommends the new Android phones. Says the newest OS iteration is as good as the iPhone and with lots more built in options. Says he doesn’t have the biggest one and shows me it’s little brother, but says most of the bigger stores do have them. Interesting. And I continue off to the Food Court…

About 40 minutes passes and I have had my phone powered completely off all this time. I press on the power button just for the hell of it, figuring on no change, and noticing it seems pretty much unchanged since my last inspection, drop it into it’s holster. Back down to Apple World, where I am now ushered immediately into the Apple Inner Sanctum – and off to wait in the queue – for roughly 30 minutes. While making small talk with another queue-ette, I pull my phone out of it’s holster to indicate my reason for queueing up and… interestingly enough… The damned thing is now fully functional. Naturally. When else? Decision: Do I figure it’s back to normal and try to get some work done or wait for one of their “Genius”es to look at it? I’m thinking I want to “get my money’s worth” out of all this screwing around and wait for a Genius… About 10 minutes later I’m talking with my own personal Genius, who does the Apple magical diagnostic routine on the phone and determines… nothing at all. Yep. Inconclusive as all get out. No rhyme or reason for the iPhone to have locked up — execpt for perhaps a bit of moisture in the phone at some time or other.

Now what? Do I trust my iPhone to not freak out on me again or do I make the leap to the Android? Hedging my bets, I decide to stop by the AT&T store on the way back to the studio and check them out for myself. Researching my options on arrival, I determine the Samsung Galaxy S (or Captivate in the AT&T version) is the biggest, baddest iteration of the Android OS-based phones at the moment. Gorgeous LED screen, thin, bright, interchangeable battery (unlike iPhone) and about the same price as a new iPhone. And I can get an extended warranty. That way, if I drop it one time too many….

OK, sign me up. And how about transferring all my data? Sure… No problem…

45 minutes later…: The sales guy and a couple of his buddies have been screwing around with the new Android for longer than I ever imagined possible. He tried to sync the phone the first time and completely corrupted the phone. OS wouldn’t load, wouldn’t boot, nada. Nice. Takes all this time to reload the OS (TWICE) and determine that Nope, they can’t seem to figure out how to transfer my data. But if all my addresses are in Gmail, all I have to do is set up the account on the phone and Voila! I have my addresses.

Whoopee. I do have a Gmail account, but I never use it. Well, I have been a computer tech since the dawn of the computer age, so Fine. I’ll spend an hour or so exporting all my contacts, importing them into Gmail and loading the phone. And it all works pretty well.

So how is this phone, really?

OMFG. The email hell I discovered upon venturing into Samsung’s Android email client. Setting up 2 POP email accounts was simple enough. I’ve done this literally hundreds of times on every imaginable kind of phone and computer over decades and setting it up on this client went smoothly enough. And there the simplicity and fun ends. Normally, you will see days worth of emails, usually sorted by date with the newest at the top. That’s the way it started out. Then went right to hell. I found, over the course of a very few days, that my emails were disappearing. I’d be able to see them all on both of my computers, but eventually I had NO emails at all on my phone. Hard reseting it made no difference. Forcing it to sync made no difference. Nothing would make it get my mail.

So I did a little research on the web and found hundreds of posts from Android users with the same problem. Finally I found a solution. Download K9 Mail and install it. Worked for others, so I figured I’d give it a try. If this did not work, the phone was going right back. Pronto. Installing K9 Mail was simple enough and now I could see all my messages – and my email problem was solved. But then I started noticing the phone was sluggish. Lots of apps tend to run when the phone starts up and this hogs the OS resources a LOT. I was advised to install Advanced Task Killer to manage running apps. Damn. This is just like the infernal Windows phones where you need to install something to shut down the memory hogging apps. Another not-ready for prime-time OS. So I install ATK and it seems to function OK for the most part.

It’s getting squirrelly after a month or so and hangs up a lot, so I check for updates and find the newest 2.1 Update 1 OS is available. I think “Finally! Maybe this will help” and download it. Seems a LOT better now. And I live with my new purchase for nearly 5 months total when it really starts to get interesting.

I’m finding more and more I cannot answer incoming calls, because the phone is “busy” doing some damned thing. Looks like checking email, but who the hell knows with all the crap going on under the hood. And this problem is getting worse by the day. I’m also finding I cannot initiate calls for the same reason. Lovely. I finally bite the bullet and call AT&T’s support line. I hate doing this, as I know it will take at least an hour out of my day and I have to do it from another phone line which will keep me from getting ANY work done.

We screw around with this for a long time on the phone, determine some app and probably K9 Mail is the culprit – and finally do a complete reset on the phone (losing all my Notes that I use to keep track of critical data in the process) and find it has magically reinstalled the OS with the newest version that I downloaded a couple of months ago. How the hell did it do that? The tech has no explanation. So I set up the original Android email client and everything “looks” OK. The tech says she will schedule a callback in a day to see how it’s going.

And so I call AT&T again and have Warranty send me a new phone. A couple of days later I have a shiny new Android. Yay! Right? Not this little black duck. I’m naturally skeptical anyway and do not for a second think this is any actual “solution”. I transfer my account to the new phone and set up my email accounts…
and wait…
After a couple of days, my email starts to get weird again. No current email. Only mail from Yesterday and older. Great.

Now is when the real fun begins...

On Monday, December 6, 2010 I charge up my old iPhone and prepare for the ordeal (appropriate amount of coffee, clear my schedule, etc.) and call AT&T support / warranty / customer service (all transfers from the 1st point of contact).

And of course going through the entire ridiculous story all over again. All I want at this point is a new iPhone 4, which I would have gotten in July, had I not been badly advised by AT&T salesmen at the time. Oh, no. We couldn’t possibly do that. We can give you a Blackberry. Or another Samsung. But not possibly an iPhone. No amount of discussion can get one of these AT&T droids, supervisors or other Customer Service representatives to do the Right Thing. They sell a product that is, quite simply, not ready for Prime Time. They do not stand behind it, have ill-trained salespeople and could not possibly care less whether they lose a customer or not. We have 3 phones on our account (2 business lines for me, one line for my wife) and all of our extended family (at least 8 phones) and who knows how many others we call regularly that are AT&T customers – frequently due only to the arrangement between AT&T and Apple that provides them with their iPhones. They suffer through the dropped calls, bad coverage and poor service because they are addicted to the apps, games and cute interface of their “phone” (more a toy or entertainment device than a phone, really.)

So I had them reassign my account back to my iPhone 3Gs. I packed up and sent back the new Samsung Captivate.

I am making preparations to create a video that you won’t want to miss.

Because I would not want to wish the aggravation I’ve experienced with this phone on anyone else. Well maybe not “anyone” (actually a couple of individuals do come to mind…), but certainly not a complete stranger – so putting the damned thing on Craig’s List is out of the question.

So stay tuned for the photos and video and follow-up to this “little” diatribe.

OK, need to get down off my soap box now. Starting to get light-headed.